Gathering our thoughts on the New World Closed Beta – GameSpace.com

Rallying is one of the simplest, most player-focused, and seemingly least epic things of all MMORPGs. Open at almost every level and closed with nothing more than the push of a button, this task is my lasting memory of Amazon’s New World after a weekend in the latest closed beta.

With the experience of the Amrine Expedition dungeon, Lazarus instrumentality, Outpost Rush, and faction warfare in previous playtests, returning to Aeternum as a newcomer was once again an experience when the New World’s closed beta launched last week. While my last beta expedition to this country was full of untapped potential, Amazon has spent the last few months since the last major influx of gamers weaving their own magic and while some things have changed others may not have. exchange.

Aeternum continues to be absolutely magnificent. After several tours of the New World, digging mines and relaunching start-up areas, I have always praised the visuals. Thanks to more Polish weather and Amazon’s Lumberyard engine, the corrupt areas, desolate forests and abandoned mines around Amrine are all hauntingly beautiful, whether bathed in the soft glow of a sun. sunset or barely viable beyond a faint torchlight. Players who have yet to make it ashore will be happy to know that this inviting backdrop is as easy to access as any modern MMO. The controls are intuitive and coupled, more like the Guild Wars 2 combat system mixed with a little more position-based chivalry. The choice of weapons defines how you navigate your way through this wilderness, and the wilds of Aeternum offer plenty of environmental interactions, collectibles, and the bizarre predator to hunt down and loot. However, the easy access to collecting, crafting, and combat in New World seems to set the tone for a rather aimless leveling curve as we get on the bandwagon of this upcoming adventure. 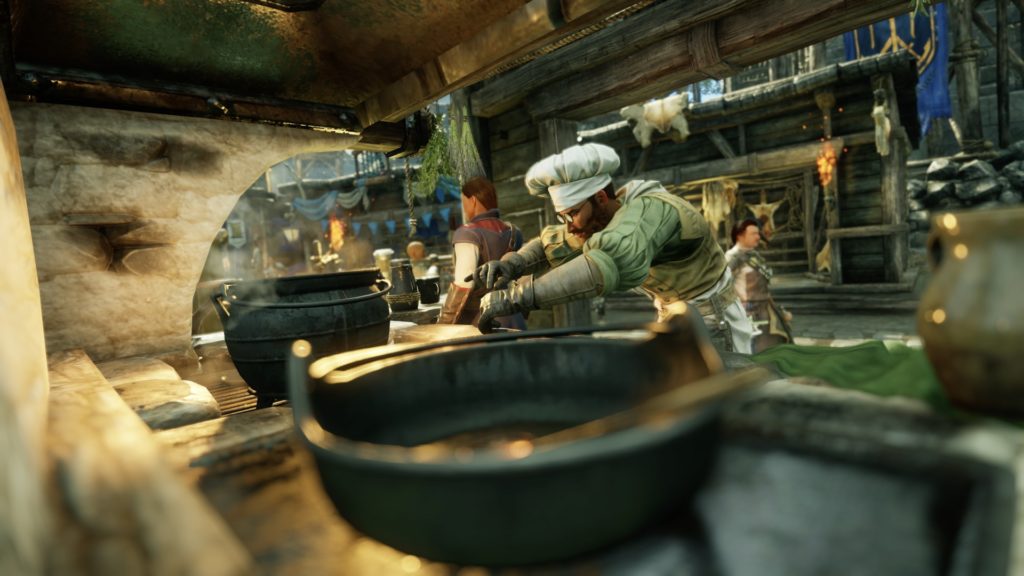 Players entering a new MMO usually know what’s on the menu. Epic zero-to-hero quest lines await, and a tale that leads players against an insurmountable foe usually awaits. Yet New World doesn’t look so much like a three-course meal as a bag of pick n mix. Rather than starting with epic encounters, you’ll barely have to go through and survive a shipwreck. While the world of Aternum you’ve been stranded in is lovingly crafted with flexible progression systems, engaging combat, and an almost entirely classless system that lets you play however you see fit, this wealth of choice is almost undermined. by a weak experience that seems to just leave your own lost traveler to stumble in search of a point, setting out on their own to seek, gather, and make their way through the city.

While New World has so far produced an incredibly open experience, allowing players to almost choose their own adventure and explore the world around them, this self-propelled journey has left me feeling like the journey into Aeternum has left the upgrade curve devoid of engaging content. Targeted progression from the shipwreck to your first town is something that seems to wear off quickly after the first two hours of play. Make your way to the first major hub and check in at the hostel and a huge range of options is almost instantly. available for gamers. You will be able to go and fish for an AFK adventure, collect until your inventory is full, perform community tasks, sculpt, craft, weave, sunbathe, mine, kill ten rats or even join a faction. Where it starts to crumble, however, is in both the repetition and scale of many of the quest options on offer. Amazon’s idea of â€‹â€‹creating a series of local hubs where players can quest, fight for control, and explore Aeternum isn’t bad and the choice means that right now there is always something going on. to do. The unfortunate feeling I got while leveling was that this something inevitably turned out to be a variation on killing ten rats, collecting ten teeth, searching for ten adventure crates. 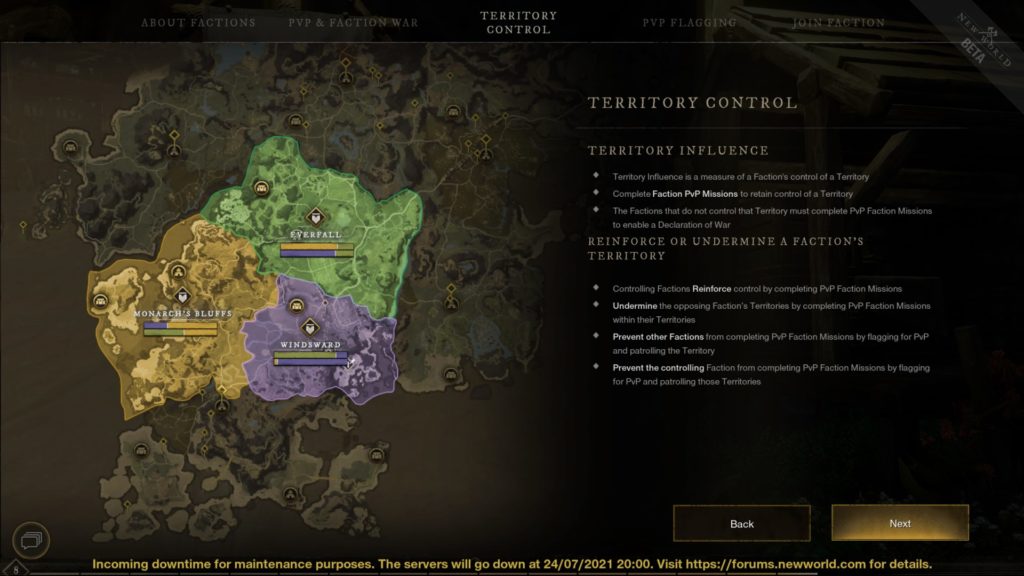 More narrative interludes, asking players to fight bosses or dive into more danger becomes a less important part of this MMO as I progress, and even the deep lore of Aeternum is left to players. to recover, in the form of dropped letters, but that’s not to say my beta time with New World wasn’t fun. The systems Amazon has built offer fantastic flexibility and anyone who wants to explore their own schedule will love the freedom that New World offers. The breathtaking panoramas and the variety of places are incredible. Likewise, it is evident from the moment I walk around town that New World will live and die through its PvP content. Local faction bonuses, city tax rates, and rewards for helping the inhabitants of each village all point to the late-game faction warfare that will dominate the open world. That, and the massive fort battles that raged in front of me on Sunday night. After a weekend in the New World, more than ever, I feel like my initial worry about the amount of meaningful PvE content and the reason for committing to it is well deserved. However, I also feel like if you’re going to pick up New World, you don’t laugh at how comfortable I felt on my first run through Lazarus instrumentality or the time I spent. Have spent rummaging for another set of ten for no discernible reason, as you will be sitting atop an outpost ruling another faction for years to come.